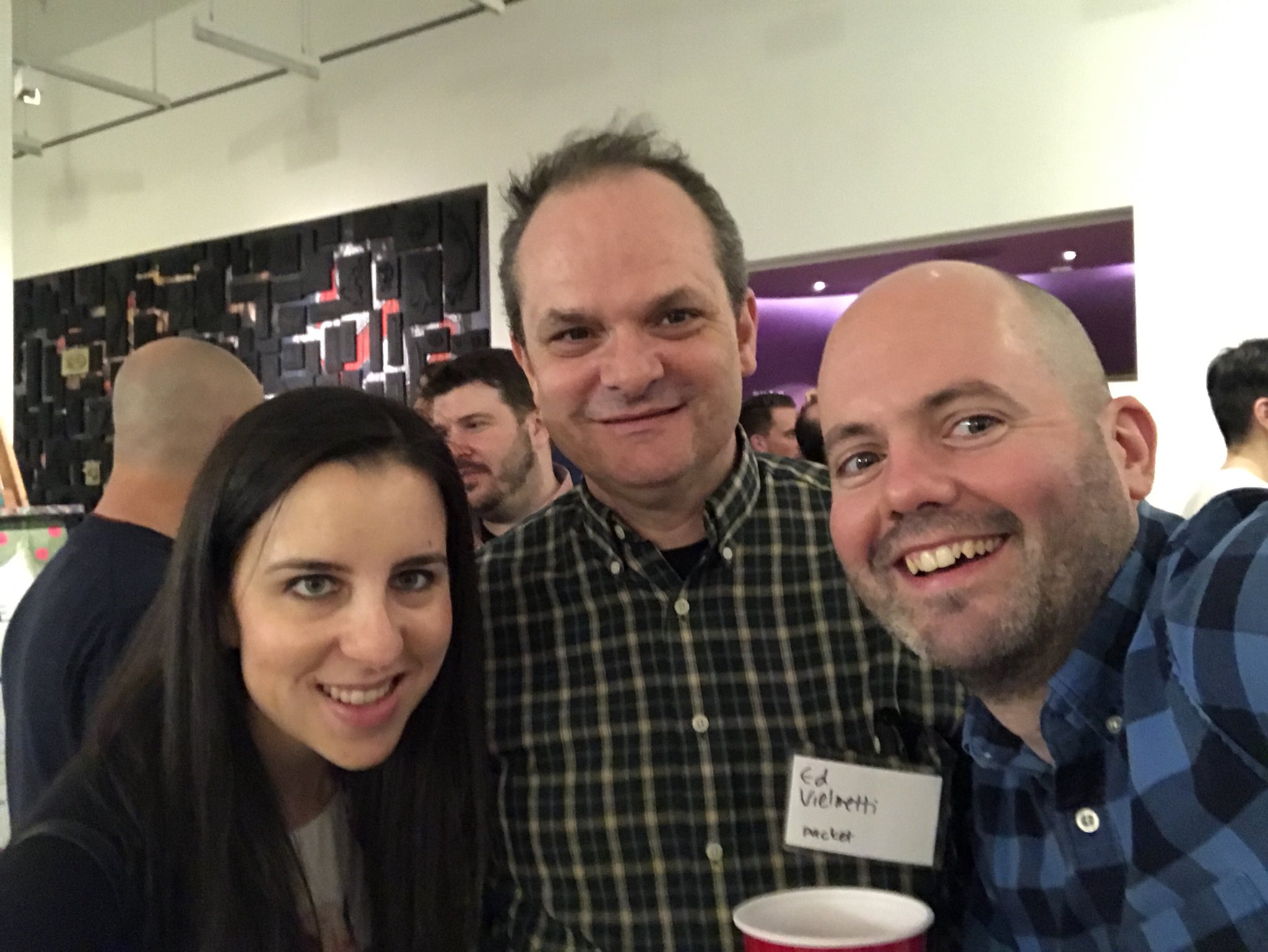 Over 300 people attended the Packet holiday party in New York. Thanks to everyone for coming out! Jon Masters writes:

We really enjoyed hanging out with @vielmetti of @worksonarm at the @packethost holiday party last night! ?#ArmServers

The Google Container Registry is now supporting containers with “fat manifests”, the technique necessary to provide multi-architecture support. This was announced on the sig-cluster-lifecycle call and posted to the #multi-platform channel on the Kubernetes slack by Lucas Käldström quoting Phil Estes:

It’s a Christmas miracle! gcr.io registry is open for business with multi-platform “manifest list” images! // cc: @kubernetesonarm for the tip

The impact of this is to allow official Kubernetes images to support multiple architectures, thus paving the way in Kubernetes 1.10 to have true multi-architecture support.

NixOS is a Linux distribution with a unique approach to package and configuration management. Built on top of the Nix package manager, it is completely declarative, makes upgrading systems reliable, and has many other advantages.

Rook is a cloud-native storage system based on Ceph and designed for use with Kubernetes. It provides file, block, and object storage. Rook is available via Docker Hub. A beta version of Rook (release 0.7) will be available in December 2017, followed by a production-ready version in early 2018.

Quantum Corp. announced that Rook, the open source project it initiated just over a year ago, has gained support in the developer community and continues to deliver against key enterprise feature requirements as the project progresses.

The Xen project announced release 4.10 of the Xen Hypervisor. Release notes follow for Xen on Arm:

SBSA UART Emulation for Arm® CPUs: Implementation of SBSA UART emulation support in the in the Xen Project Hypervisor makes it accessible through the command line tools. This enables the guest OS to access the console when no PV console driver is present. In addition, the SBSA UART emulation is also required to be compliant with the VM System specification.

ITS support for ARM CPUs: Xen Project 4.10 adds support for ARM’s Interrupt Translation Service (ITS), which accompanies the GICv3 interrupt controller such as the ARM CoreLink GIC-500. ITS support allows the Xen Project Hypervisor to harnesses all of the benefits of the GICv3 architecture, improving interrupt efficiency and allowing for greater virtualization on-chip for both those using the Xen Project for the server and embedded space. ITS support is essential to virtualize systems with large amounts of interrupts. In addition ITS increases isolation of virtual machines by providing interrupt remapping, enabling safe PCI passthrough on ARM..

Kata Containers is a virtualized container runtime project aimed at securing containers through use of hypervisor and hardware enforced isolation. The project has been approved for the Works on Arm cluster to do continuous integration on arm64.

The Kata Containers project is managed by OpenStack Foundation.

Release notes are available for the Linaro Enterprise Reference Platform 17.12 for Arm servers.

The distribution is built on the Linux 4.14 kernel and includes the following components:

It targets the following hardware:

Details of known issues and other information, including a download link, are available from Linaro.

A short issue this week due to the Thanksgiving holiday.…

In this issue ASTRA – A Large Scale ARM64 HPC…

In this issue #arm64 channel on Kubernetes Slack Kubernetes: ElasticSearch,…